A new history in Kodaikanal Pastorate

This is to inform to all the IELC Office Bearers, Pastors and members, you all are aware that I am taking steps to restore the IELC own history in various level.  After the Pastors transfer by call in the  Ambur and the Nagercoil Synod, I came to know that some of the Pastorates  are looking after by the retired Pastors. Out of which, Kodaikanal Pastorate also one among, one Rev. T. Devadass, even after his retirement, he is continuing and holding the Pastorate and Parsonage without paying assessment to the CBO. For this, I decided to go with the leaders of the both  the groups for installation of Rev. A.Mohan as a Pastor in the Mount Zion Lutheran Church, Lochend compound, Kodaikanal.

I reached Kodaikanal on 01.06.2019 morning by 9.30 a.m. itself  along with my Sectary, Office Assistant Car Driver. It is quite  unfortunate to mention here, no leaders from the both groups was not presented except Mr. Baul Sundar, Rev. C. Ravi, President of the official group at Nagercoil and Mr. P. Manuel Yesuraj.

Details of the proceedings are furnished below for your kind attention. 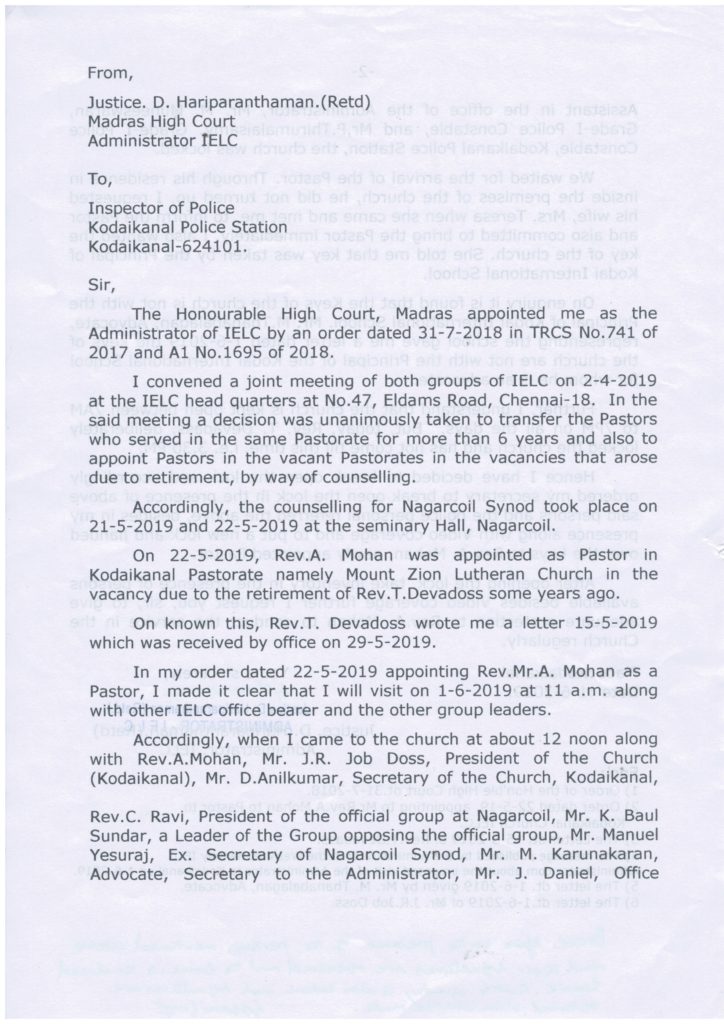 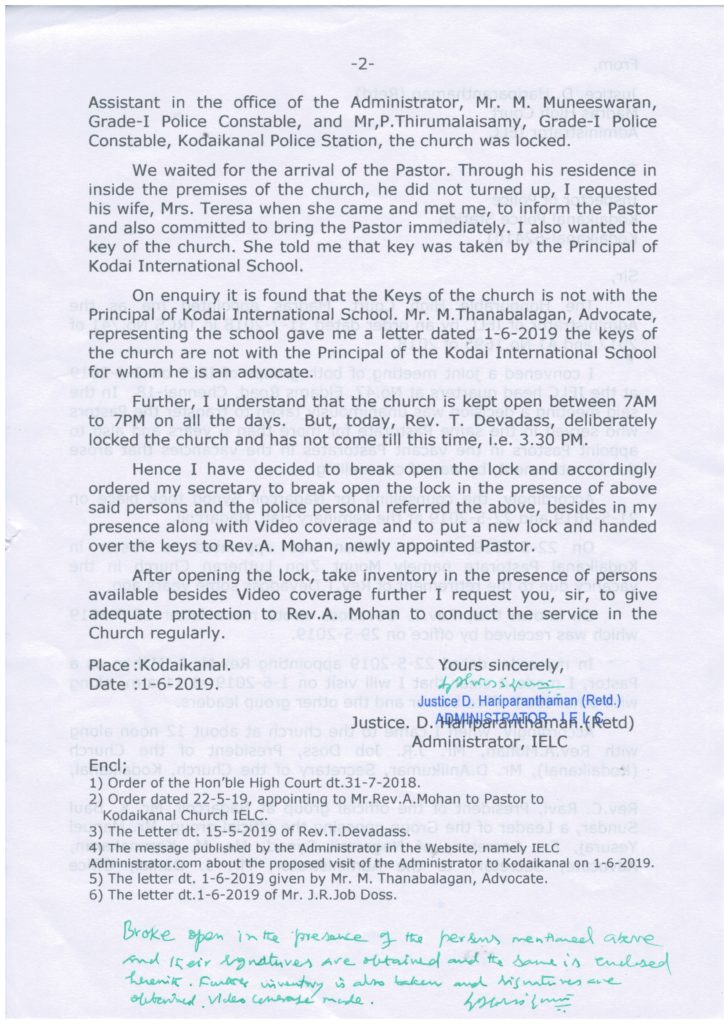 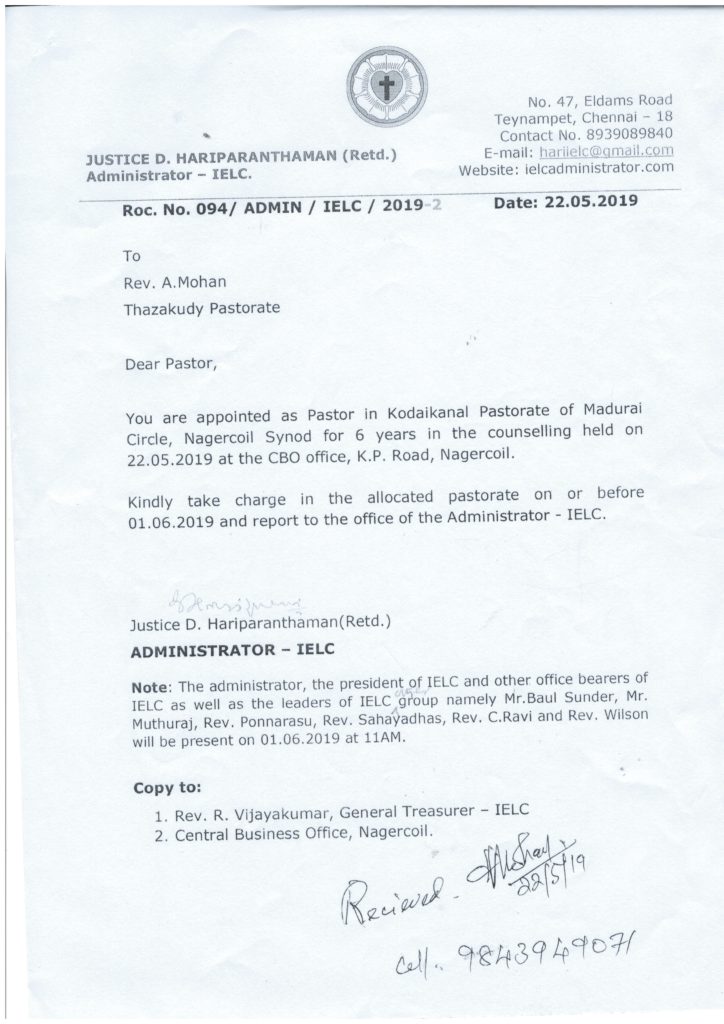 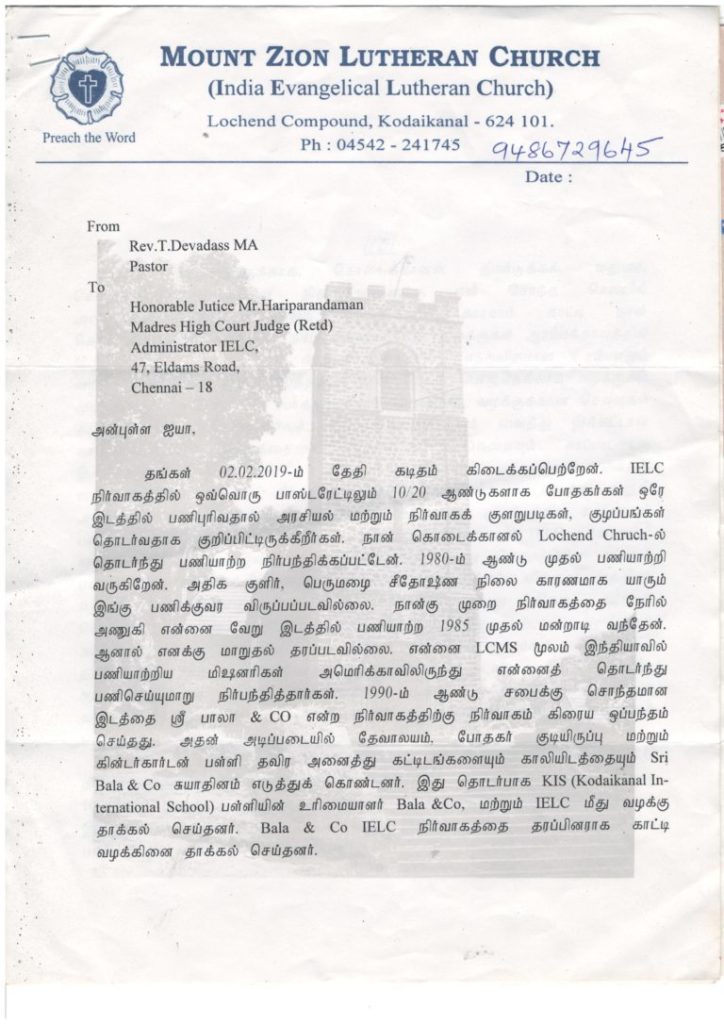 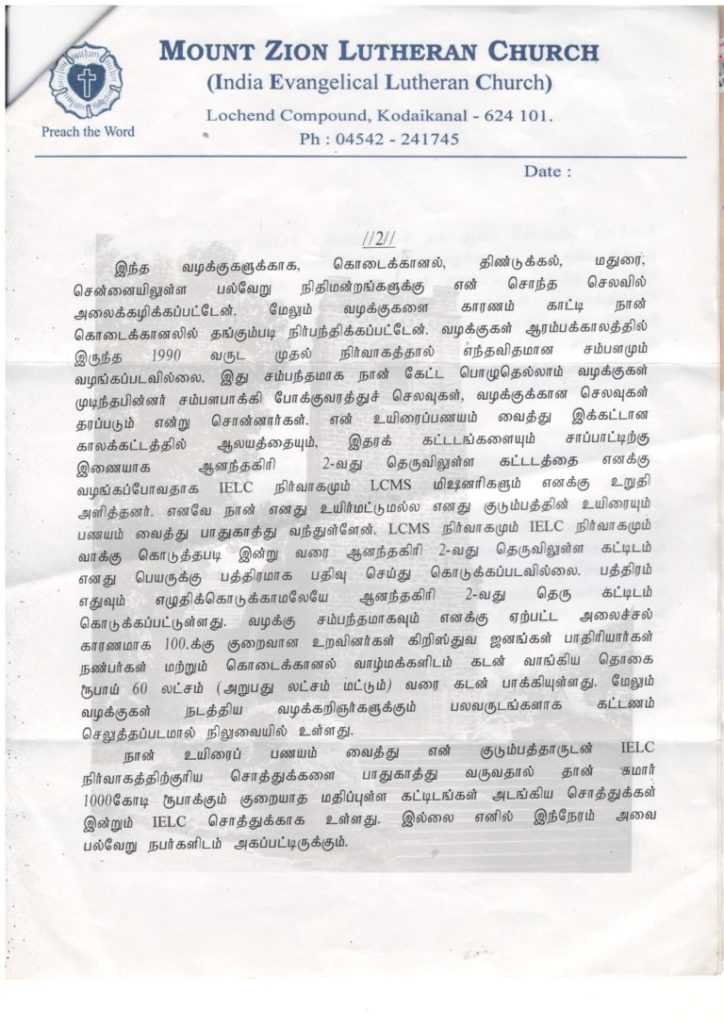 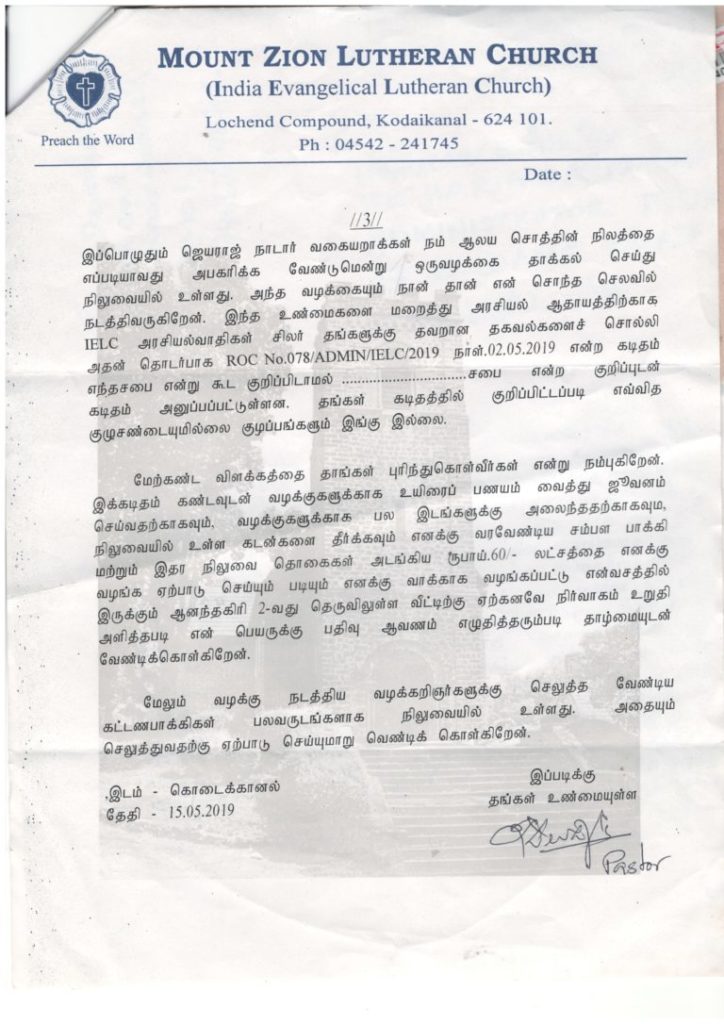 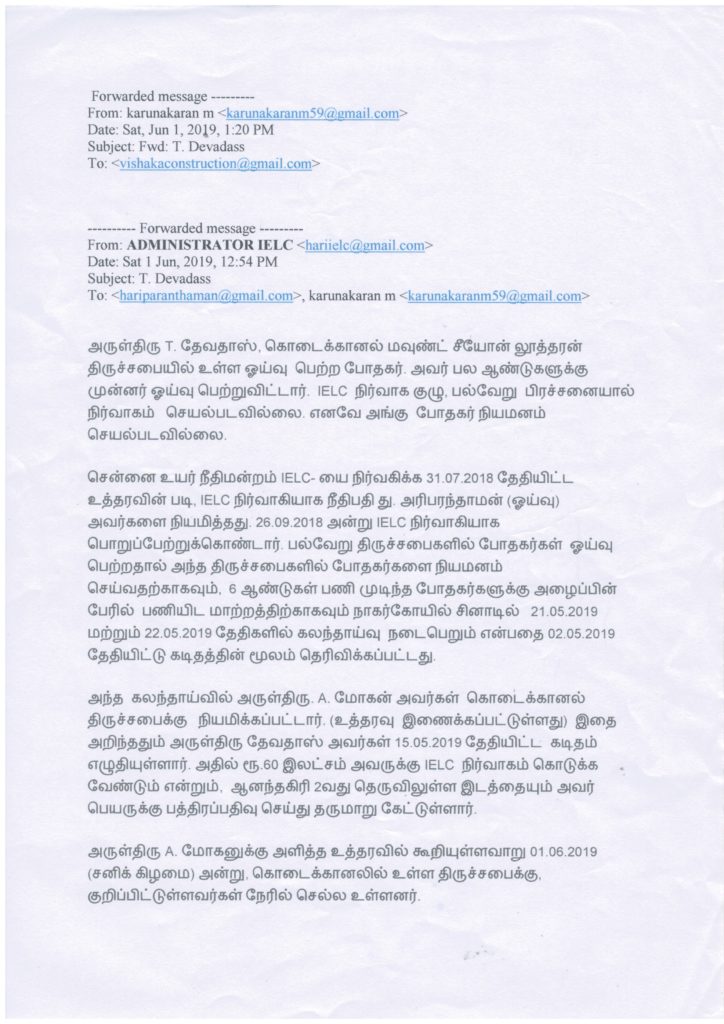 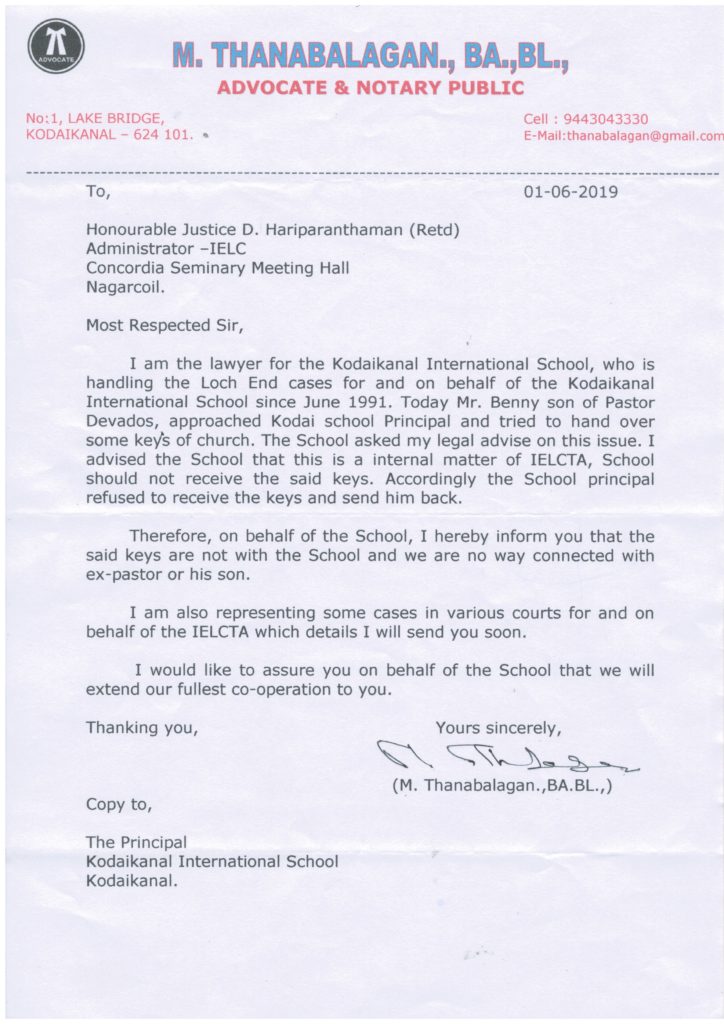 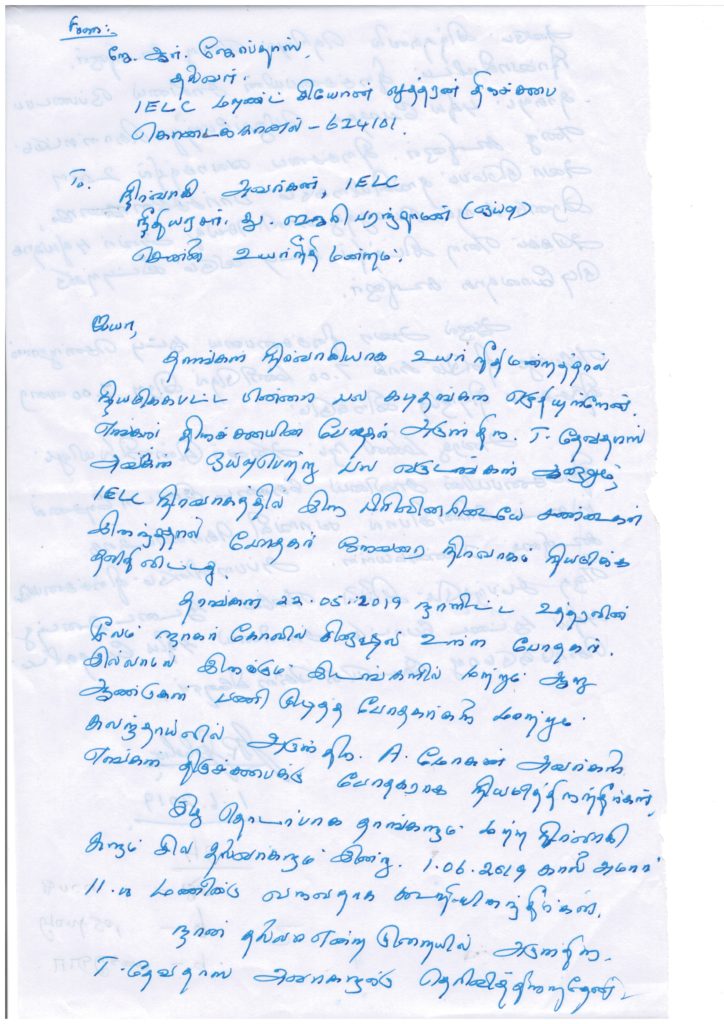 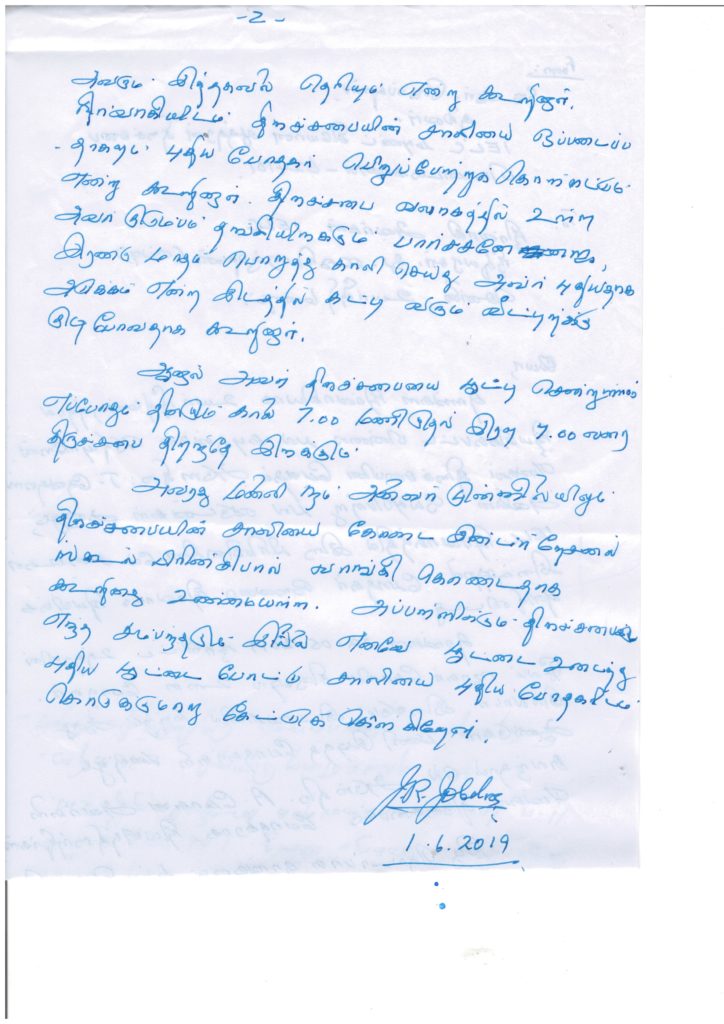 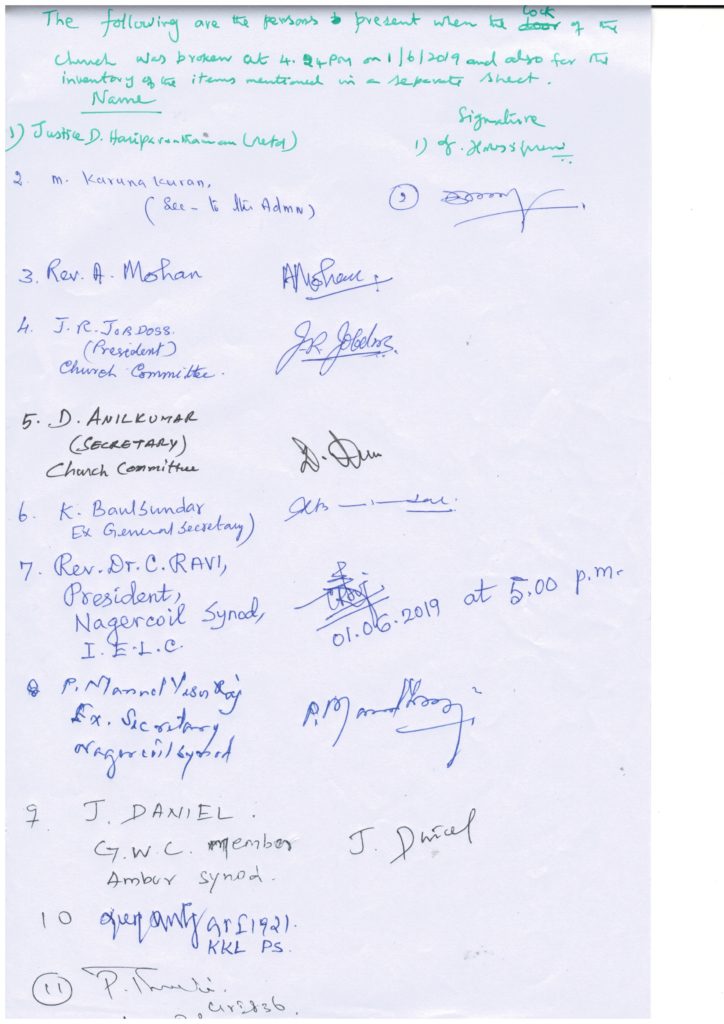 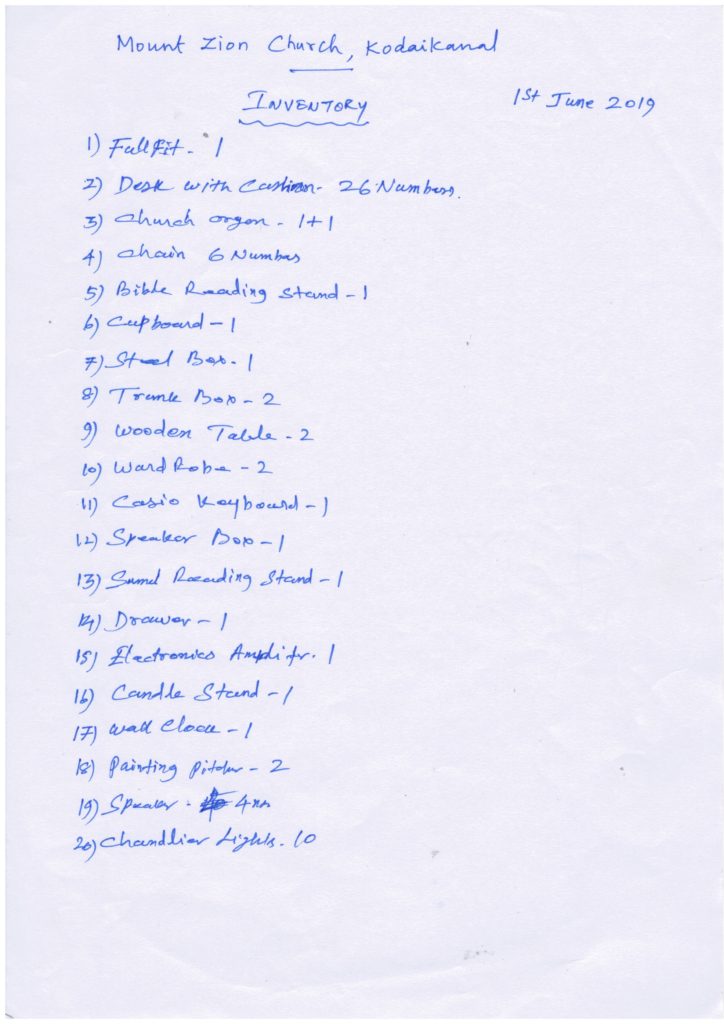 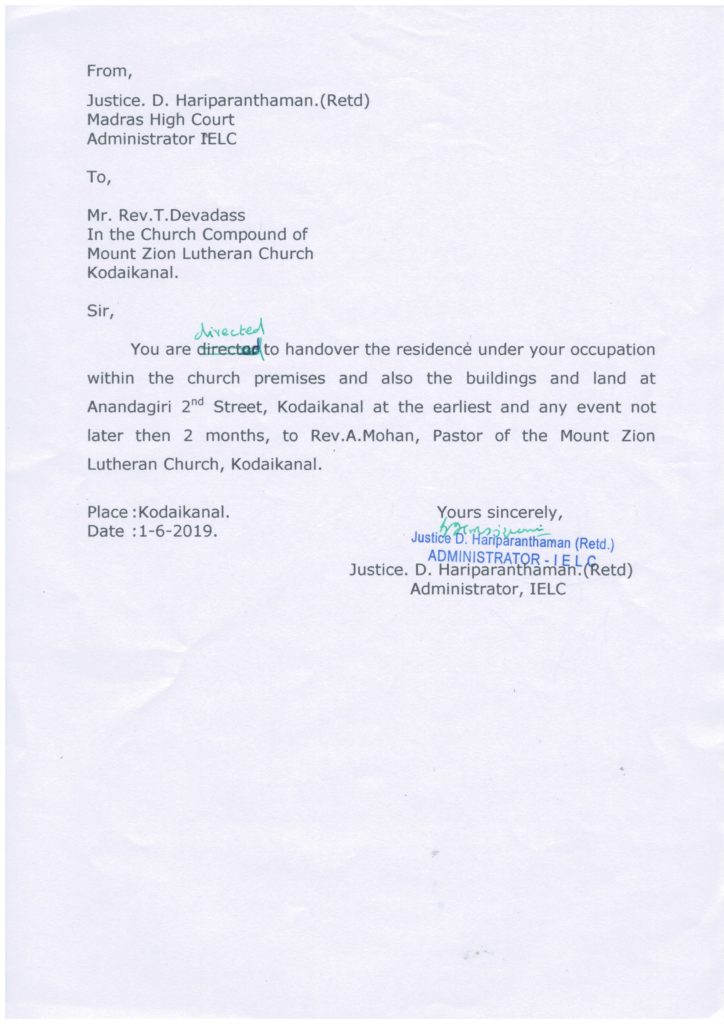