The Christian Medical College, Vellore provides seats for Medical, Nursing and Paramedical studies in the CMC to the Christian Organizations all over India on condition that those organizations run Mission Hospital.

The purpose is that those students sponsored by the Christian Organizations, on completing M.B.B.S. course in the CMC, would serve in the Mission Hospital.

However, Membership and Sponsorship Privileges and other Privileges of the IELC were suspended in January 2016 due to leadership issue in the IELC.

After the appointment of the Interim Administrator to the IELC, by the Hon’ble Madras High Court, reinstatement of the IELC was ordered by the CMC Vellore Association on payment of subscription dues by the IELC, based on the letter written by the Administrator.

The CMC Vellore Association sought particulars of the doctors and other staff employed in the Hospital under the control of the IELC.

Those details were upload in the IELCADMINISTRATOR.COM also.

To verify the details furnished, the Sponsorship Privileges Committee sent an Inspection Team to the Hospital of the IELC at Malappuram, Kerala on 12.06.2019.

The Inspection Team gave its recommendations that as per their norms there should be at the least 3 full time doctors employed in the Hospital for Sponsorship Privileges, but there was one doctor less.

Based on the same, the Sponsorship Credential Committee recommended to the Council to grant Sponsorship Privileges from the date of the  re-assessment subject to fulfilling the criteria of 3 full time doctors.

The resolution relating to the Sponsorship Privileges came for consideration by the Council on 28.06.2019

The Administrator spoke in the Council and even suggested that CMC could appoint one doctor and thereafter the Sponsorship Credential Committee could decide about the grant of sponsorship privileges.

The Administrator also spoke about the letter given by the CMC to take over Bethesda Hospital at Ambur, if the same is handed over without any liability.

But, it was made clear by the Council that 3 doctors shall be on employment for one year and thereafter the Inspection Team would verify the same and would give its recommendation to the Sponsorship Credentials Committee. Then only the Sponsorship Privileges could be granted, if the Hospital satisfies the norms. 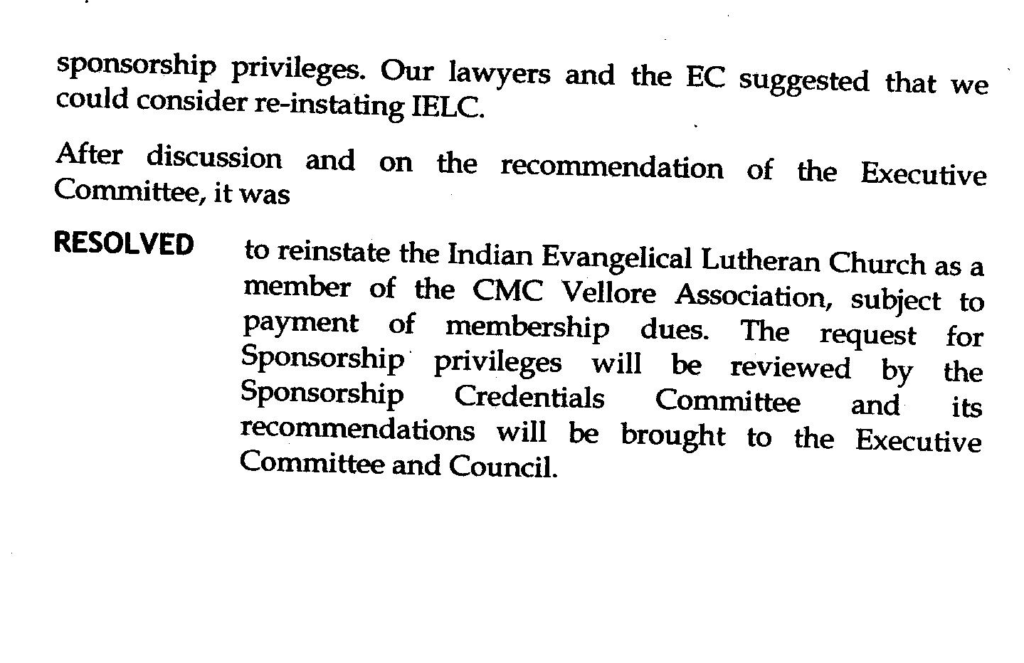 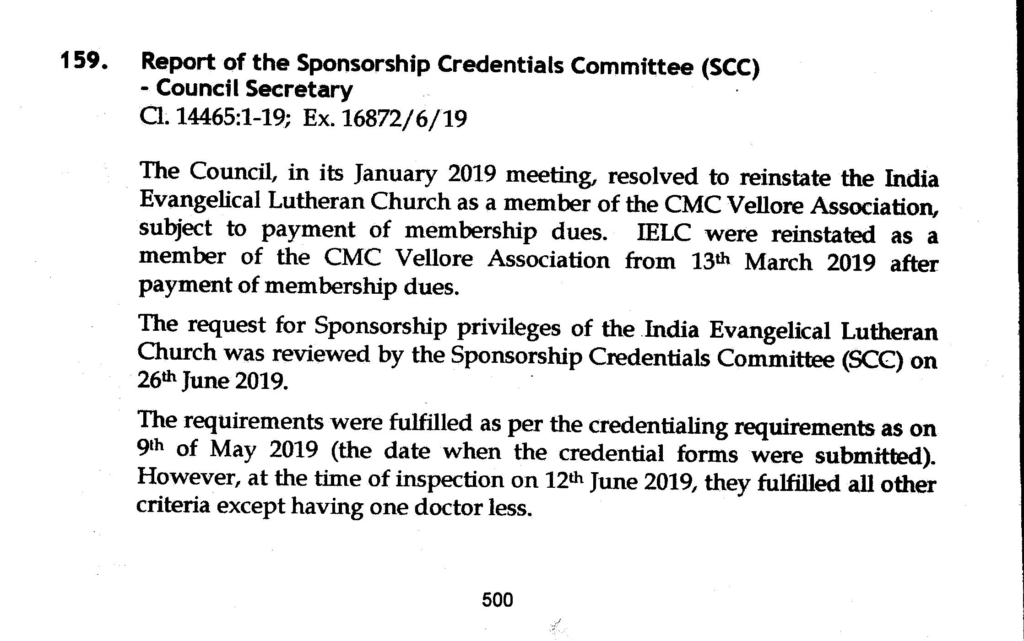 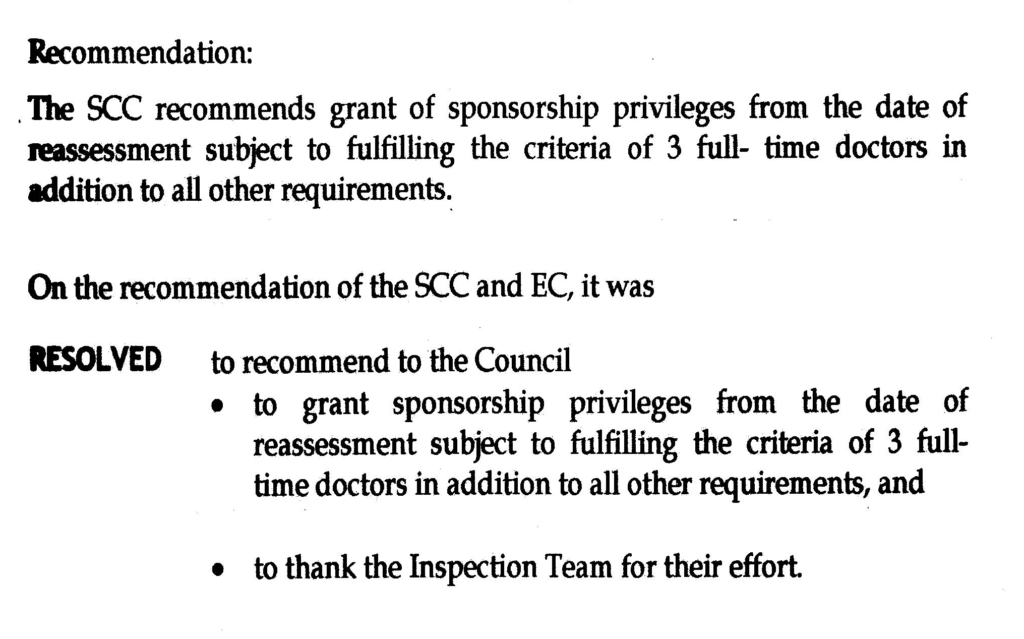